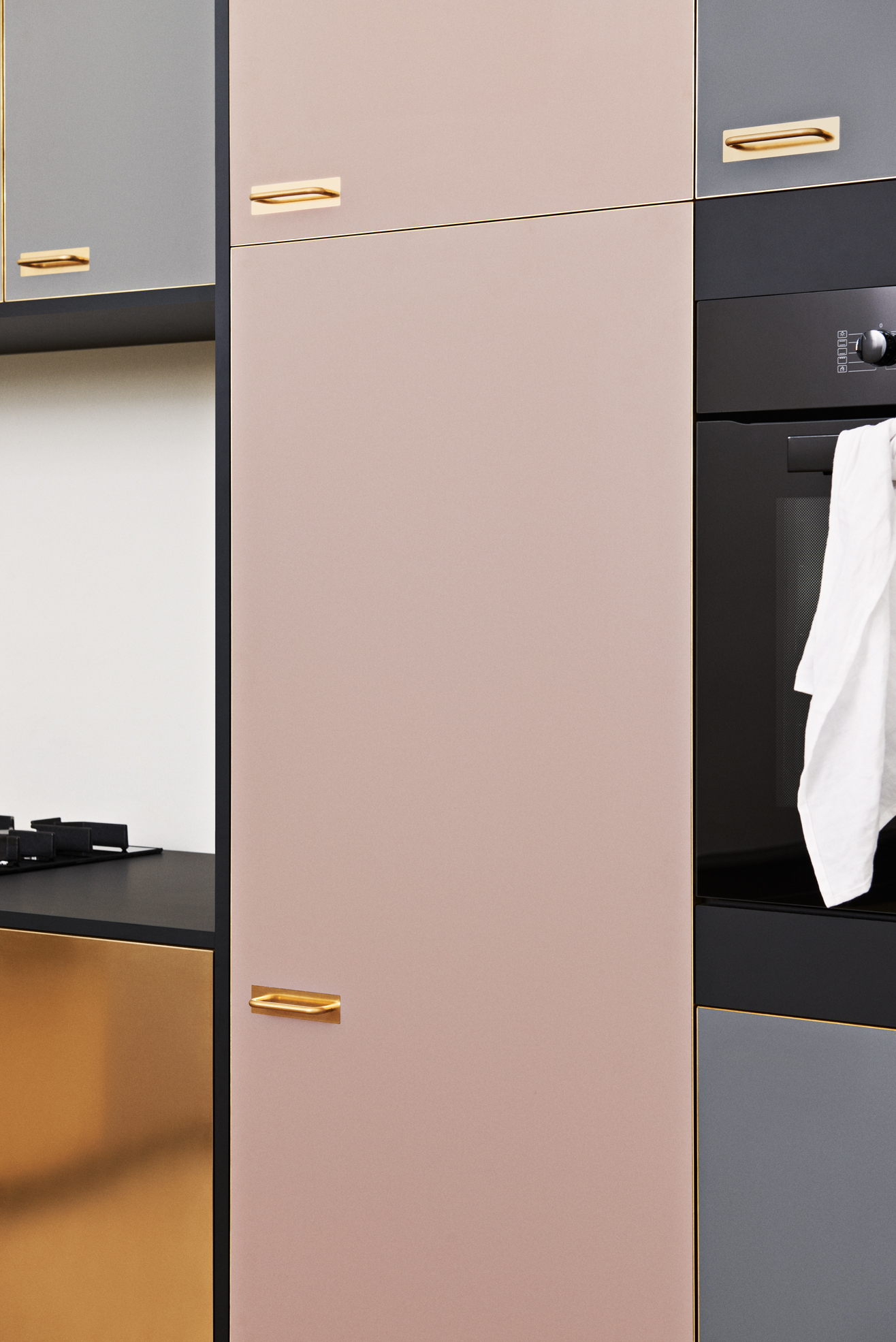 If you have ever dreamt of a gold kitchen, here is your chance! In the spring of 2016 Reform was on the verge of establishing an office and opening a showroom in New York, where Claus Meyer had already established a business. As two of Claus Meyer’s New York initiatives, Great Northern Food Hall in Grand Central Station and Agern, a midtown restaurant, were taking shape, he met with the two founders of Reform. The entrepreneurs shared their thoughts, which quickly led to action and a collaboration. Christina Meyer Bengtsson would design a kitchen for Reform that would benefit the Claus Meyers Melting Pot Foundation, a non-profit initiative in Brownsville, Brooklyn. 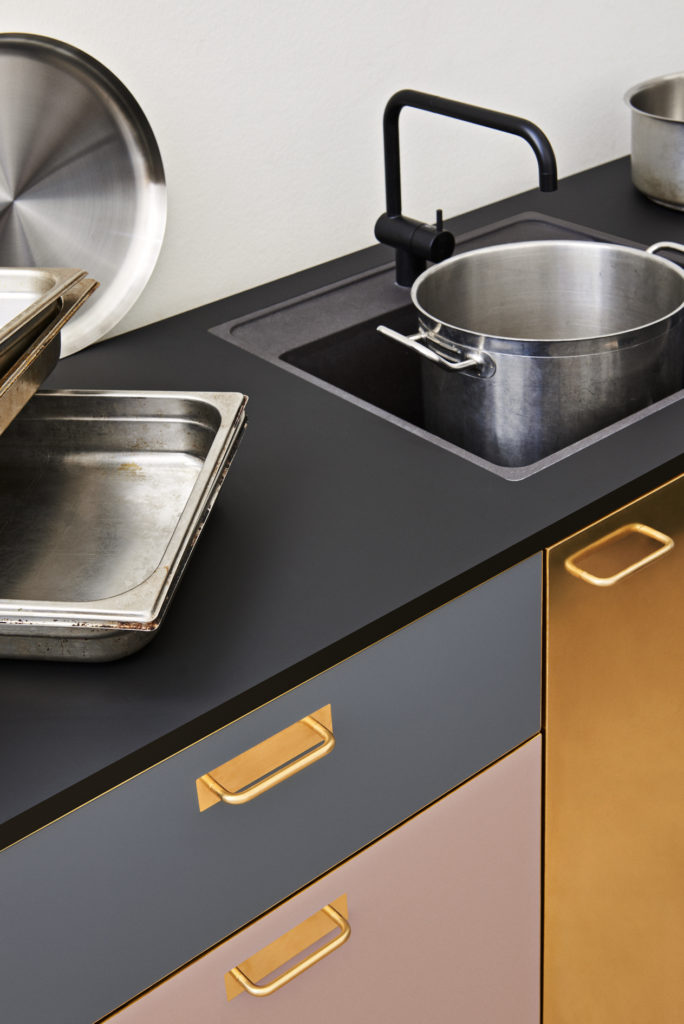 Christina Meyer Bengtsson has designed a kitchen for Reform. It’s an extraordinary collaboration for Reform that will benefit a New York charity founded by Bengtsson’s husband, chef and entrepreneur Claus Meyer (who is also known as cookbook author, co-founder of the groundbreaking world-best restaurant Noma in Copenhagen, and accredited as the founder of the “New Nordic” cuisine). 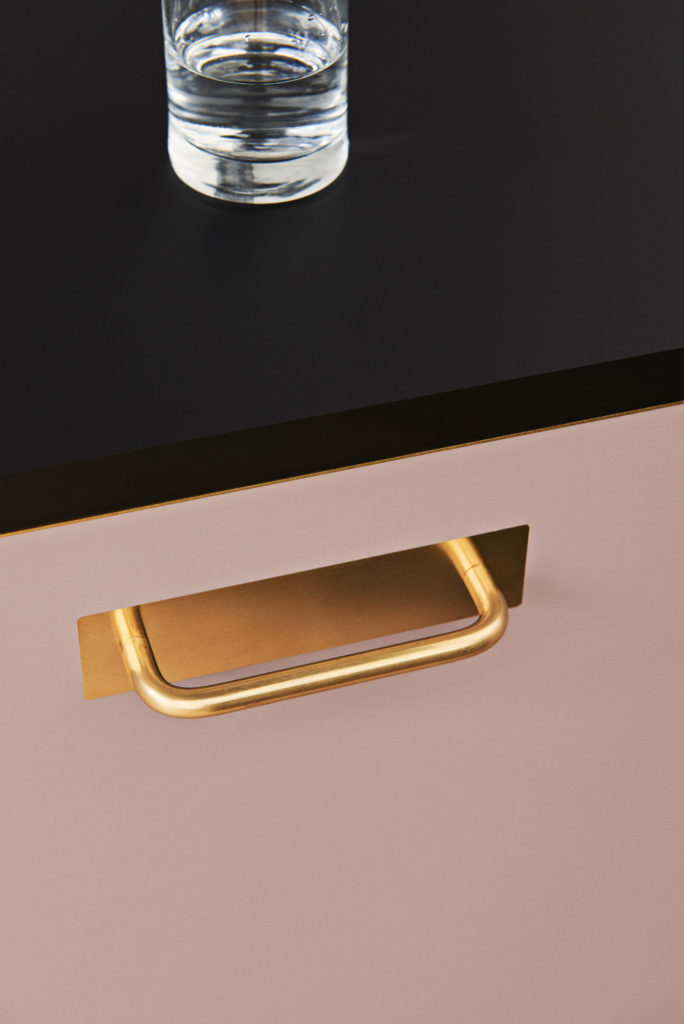 Inspired by the eclectic style of the Art Deco era, Christina Meyer Bengtsson has designed a kitchen that celebrates unexpected combinations. Distinct colors, like a warm golden brass, a soft gray and a tender mauve combine with a black countertop to reflect Meyer Bengtsson’s passion for contrast. The golden brass in particular supplies the luxury and sophistication that is seen in other Meyer Bengtsson design projects. The colors can be mixed, as they were designed to be, or isolated, with one tone dominating the room. The design is available with or without brass handles. 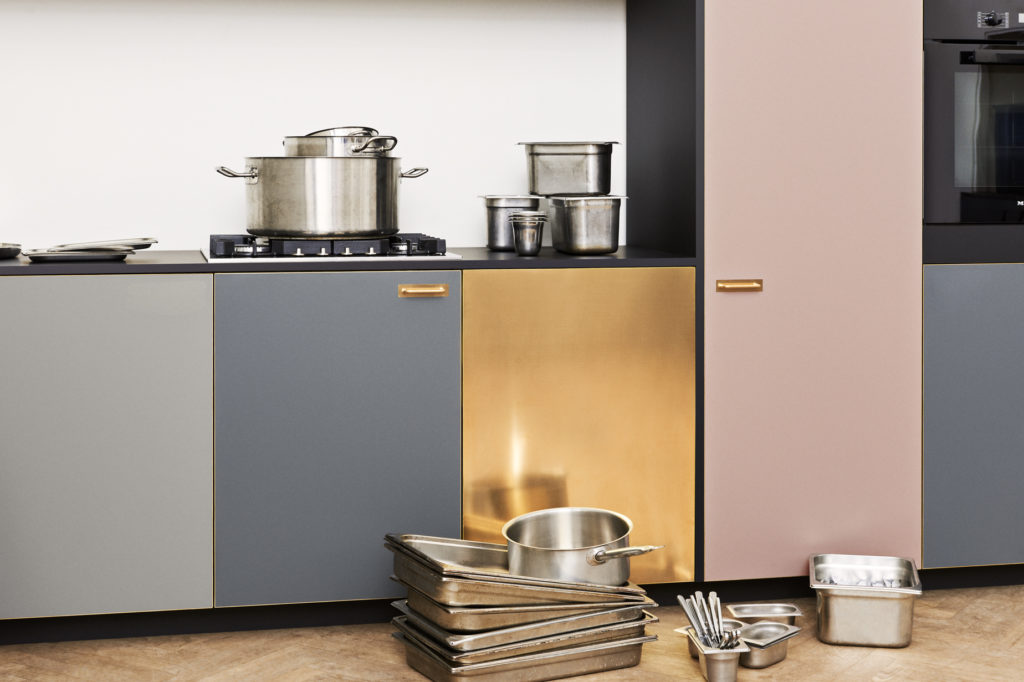 2% of the sale of each Christina Meyer Bengtsson kitchen sold by Reform will be donated to the Claus Meyers Melting Pot Foundation. Order your gold kitchen right here! 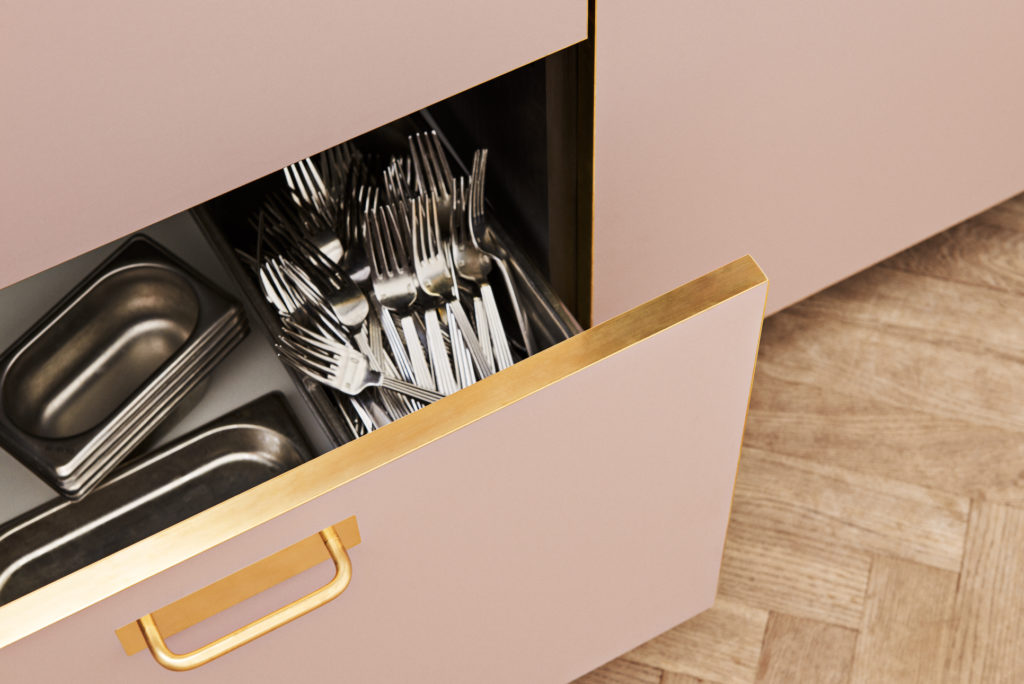 Photos in curtesy by Reform 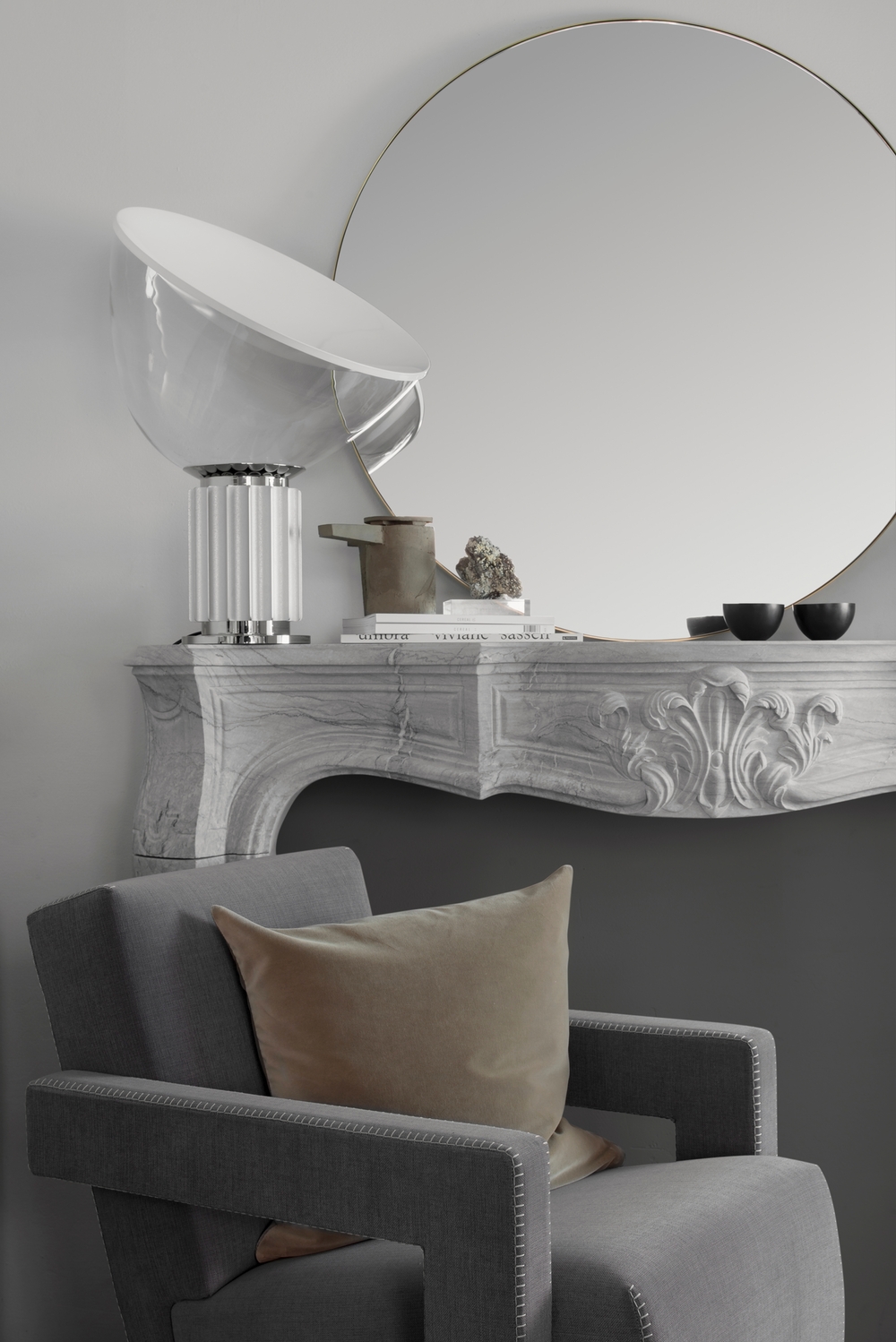 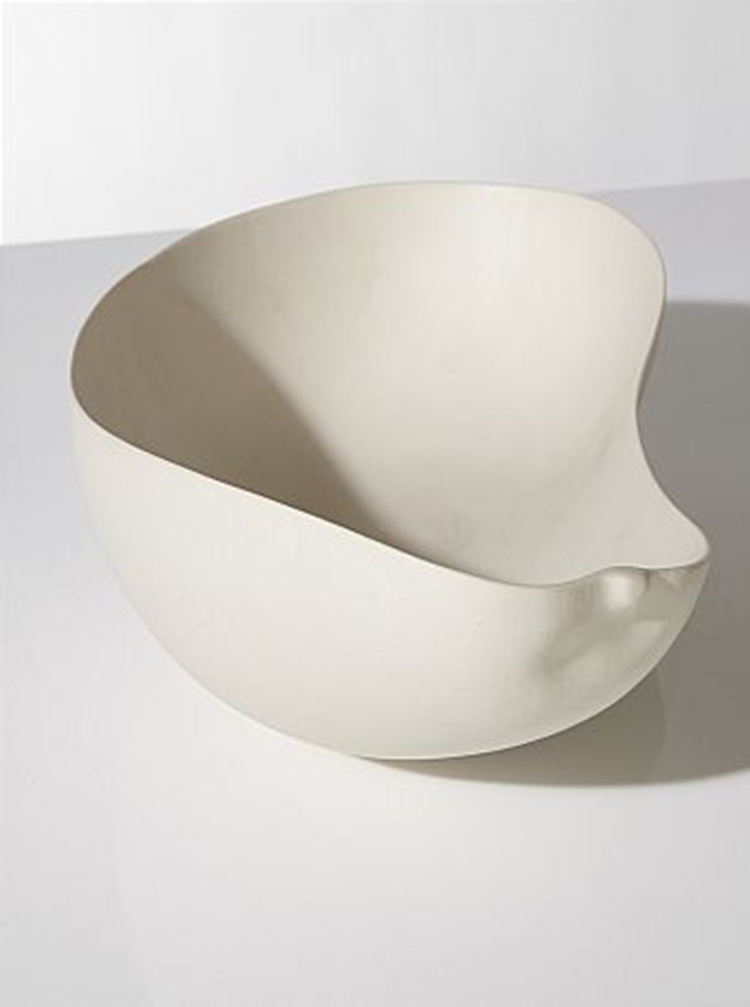 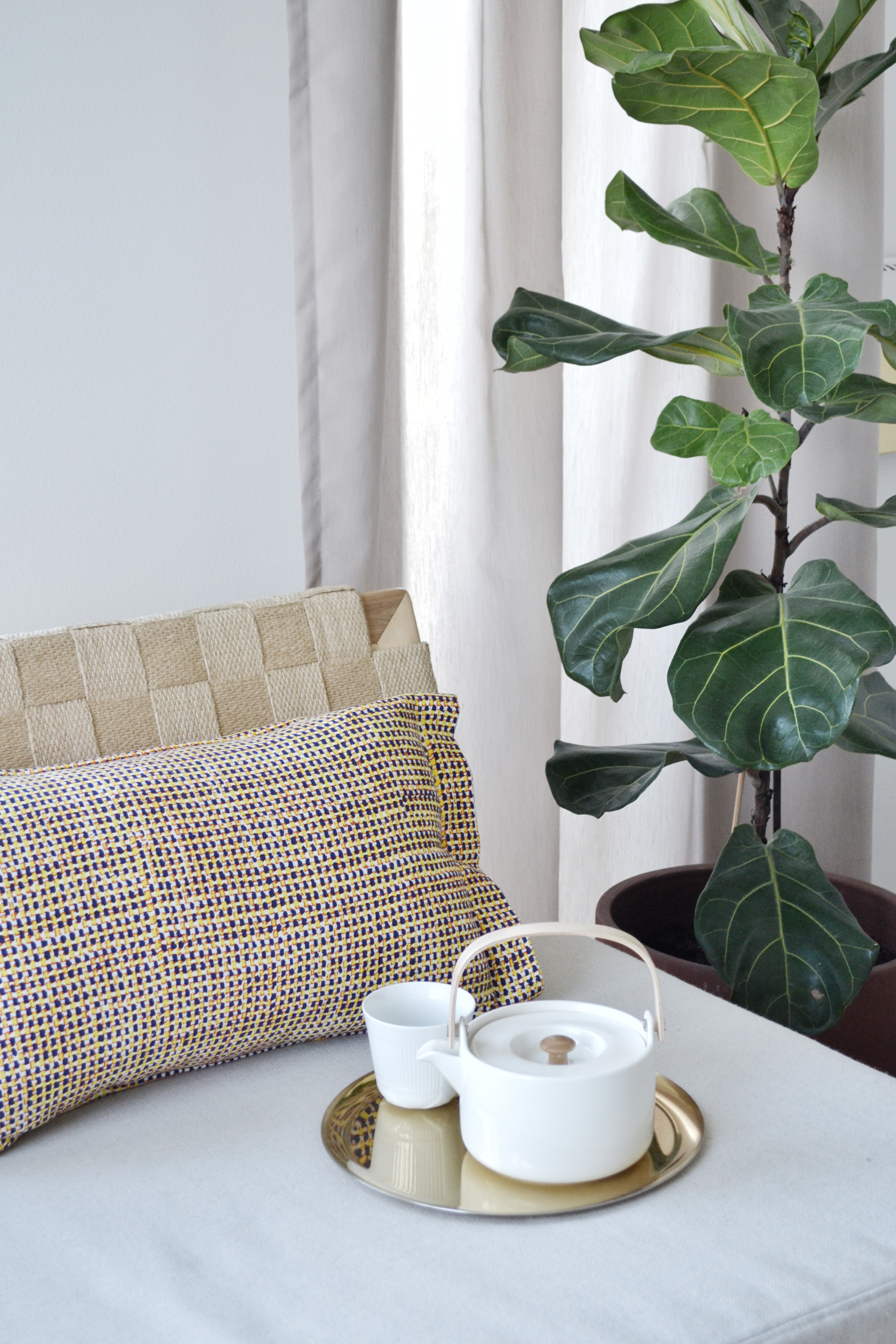